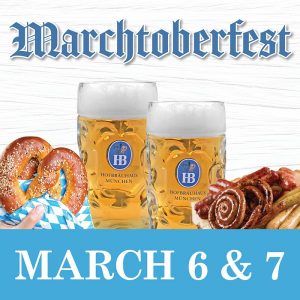 I know it seems strange to some people that I live in Florida but don’t play too regularly close to home. Judging by the March schedule though– I’ve been changing that a bit. A few more solo gigs have been popping in- which is a fun change of pace. (last night was at the Palm Beach Towers where I stroll and play requests for an “Evening in the Alps” and tonight is a private house party where I’m playing some French, Viennese and Continental European repertoire)

Saturday is a public band show though– so everyone that is near Wellington, FL come on out and celebrate “Marchtoberfest”! Joe Tierney is making a return appearance to the stage on reeds and Stevie Gross is making his premier appearance on drums. Stevie is well versed in the German polka show repertoire as his father, Martin (my first trumpet teacher) leads the band at the German pavilion in Epcot Center and “Sonneschein Express” in performances throughout the USA. Stevie also gigs regularly with Dan Witucki and many other bands in the central Florida area. I’m happy to add him into the rotation as Tommy is moving to NYC next month. (Don’t worry– Tommy will still be touring with the AMB regularly and working in the studio with me on many projects!)

It’s exciting times as I look at the upcoming schedule to the mix of new and returning venues– as well as the awesome array of musicians I get to work with! I’m really enjoying working on new music and thankful for the support of my family. (It was especially nice to have my father-in-law join me and the boys on stage at the Brauntex Theatre for the Fat Tuesday show!)

Keep an eye on the schedule for new performance announcements coming soon!