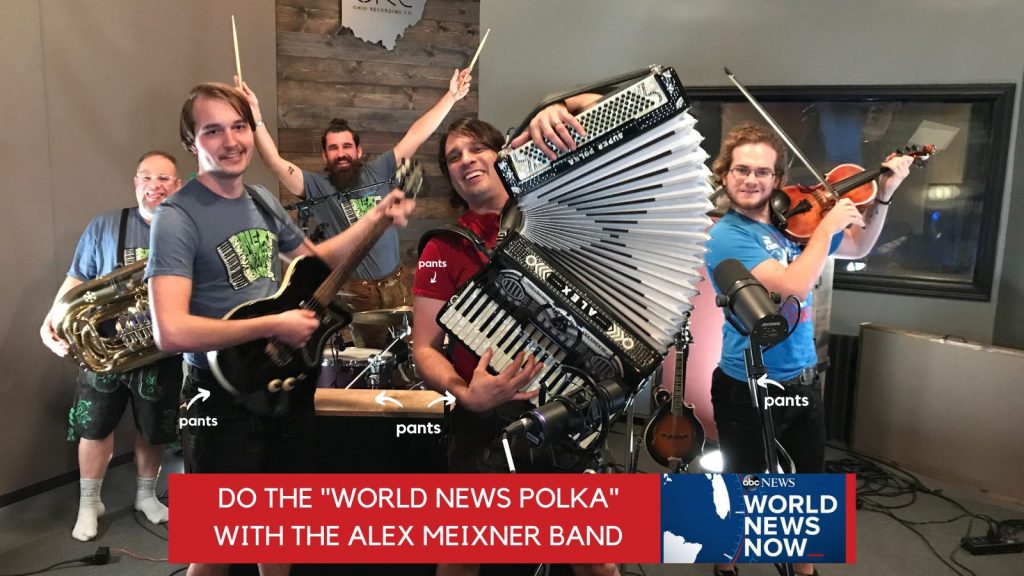 BREAKING NEWS: The Alex Meixner Band was honored to be asked to record a version of the “World News Polka” for the program “World News Now” that airs overnights on ABC. It’s technically scheduled to broadcast for the very first time at around 2:55 AM ET Friday, November 6, and again at 3:55 AM ET. (That’s after midnight Thurs, the 5th.) And now it’s extremely likely that you’ll be looking at a blue and red map instead, but tune on in if you want to see what happens. The high-energy video will be uploaded to the internet soon after airing, so don’t worry if you miss it. We had a lot of fun making this one!

By the way, not all ABC stations carry the World News Now program, but you can always watch beginning at 2:00 am ET LIVE on ABCNews.com, the ABC News mobile apps, and on Roku, Hulu Live, Apple TV, and Amazon Fire.