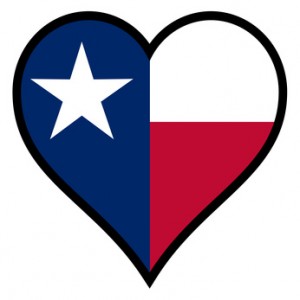 The Alex Meixner Band’s Texas trip in February is starting to take shape. It is of course centered around the 3rd annual Fat Tuesday show at the Brauntex Theatre in New Braunfels on Tuesday, February 17. This is one of my favorite gigs of the year-as it’s a wonderful venue (great sound, atmosphere and of course the people of New Braunfels!!!). This year we have a great opening act in Porter Robinson and I look forward to doing some jamming with some friends for a great night. Get your tickets now as we’re all sure to have a great time!

Additionally, I’m super stoked to be playing the SPJST in Houston on Friday,  February 13 and the KJT Hall in Ennis on Saturday, February 14 for a Valentine’s Night event. We will have more information on these gigs soon and hope to have another date to add as well.  As always, keep an eye on the website at www.alexmeixner.com, sign up for the email list and be sure to become a fan on FB, Instagram, Twitter and all the other social media networks so you can get the most up to date information on where I’ll be….

Last Wednesday, Robert A. Nowotny caught my set at Wurstfest and wrote this awesome review. Check out all the other Robert’s other reviews at www.NeedToVent.com

Somehow The Weather Channel failed to mention the biggest hurricane to hit Texas since Ike. Maybe it is because this super powerful force of nature blew in from Allentown, Pennsylvania and not from the Gulf Coast. Yes, I said Allentown, PA — the home of one Alex Meixner, arguably the most dynamic, electrifying musical performer working today. If Alex’s energy could be harnessed to an electrical grid, he could power all of Central Texas for a year.

And speaking of Central Texas, that’s just where we most recently saw the Alex Meixner Band perform — at the venerable New Bruanfels Wurstfest, a ten–day celebration consisting of beer and sausage and beer and potato pancakes and beer and kartoffel and, well, you get the idea. Oh yes, and music, too, where every evening as many as three bands play simultaneously in separate musical venues situated within the Wurstfest grounds. That’s a lot of music, but, for ten consecutive years, the one band that packs them in to capacity, performance after performance, has been headlined by Alex Meixner.

Step aside Whitesnake, Metalica and Twisted Sister — Alex possesses a stage presence and exuberance and kinetic energy that makes you guys look lame and tame in comparison. Lederhosen never looked so hip.

Backed this year by three highly talented accomplices, the Alex Meixner Band set a new standard for fun, zaniness, musicality and perspiration. Phalanges flew faster than a hummingbird’s wings when Alex literally attacked his button box while belting out a truly eclectic array of unexpected tunes, all with a “Meixnerian” slant that had everyone, including the usually sedate fans of Lawrence Welk Champagne–style Music, cheering wildly and forming Conga lines as long and spirited as any during Carnival in Rio.

Examples of Meixnerian “Loony Tunes” include “The Devil Goes To Munich,” an exhilarating adaptation that Charlie Daniels must surely salute along with that other Daniels fellow, Jack. Or how about Sachmo’s “When The Saints Come Marching In,” featuring Alex’s amazing vocals successfully emulating America’s beloved Ambassador of Good Will. Or Iron Butterfly’s “In–A–Gadda–Da–Vida,” where Alex is accompanied by one of the band members playing a Ukulele — a dad gum Ukulele! Want another example? How about Wild Cherry’s “Play That Funky Music, White Boy,” a groovy, irrepressible rendition performed on a Siwa & Figli accordion.

(More information on the Alex Meixner Band, including a schedule of their upcoming appearances, can be found at www.alexmeixner.com)