After 2 great gigs in Milwaukee, I had a bucket list experience in NYC– I spent 2 days recording at Avatar Studios (one of the legendary studios in the world) working with Jack Black and an all-star cast of polka musicians for the upcoming movie “The Polka King“. Everyone involved was very cool, very professional and it was just awesome. I’m very interested in seeing how the final movie, which is based on the life of Jan Lewan, turns out. In any regards, it was a great experience working with everyone! 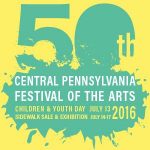 Now- back to the regular road work– The band and I return to State College, PA for the Central PA Festival of the Arts on Thursday. As a Penn State alumnus, it’s always good to go back to Happy Valley. In addition to the Alex Meixner Band’s performance, I’ll also be sitting in with the Rick Hirsch 4 for a preview of an awesome tango he wrote that will feature me on accordion. (We’re also recording it next week for his big band album!) 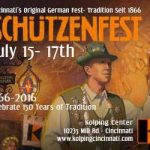 On Friday-Saturday and Sunday, we’ll be making our first appearance in Cincinnati — performing at the Kolping Schutzenfest, the longest running German festival in the USA. Looking forward to entertaining some new fans and meeting the peeps out there!

Also–we’ll be back in Cleveland on Tuesday, July 19 at the Maennerchor— I think we might have a few tickets left for anyone that wants to party with us.