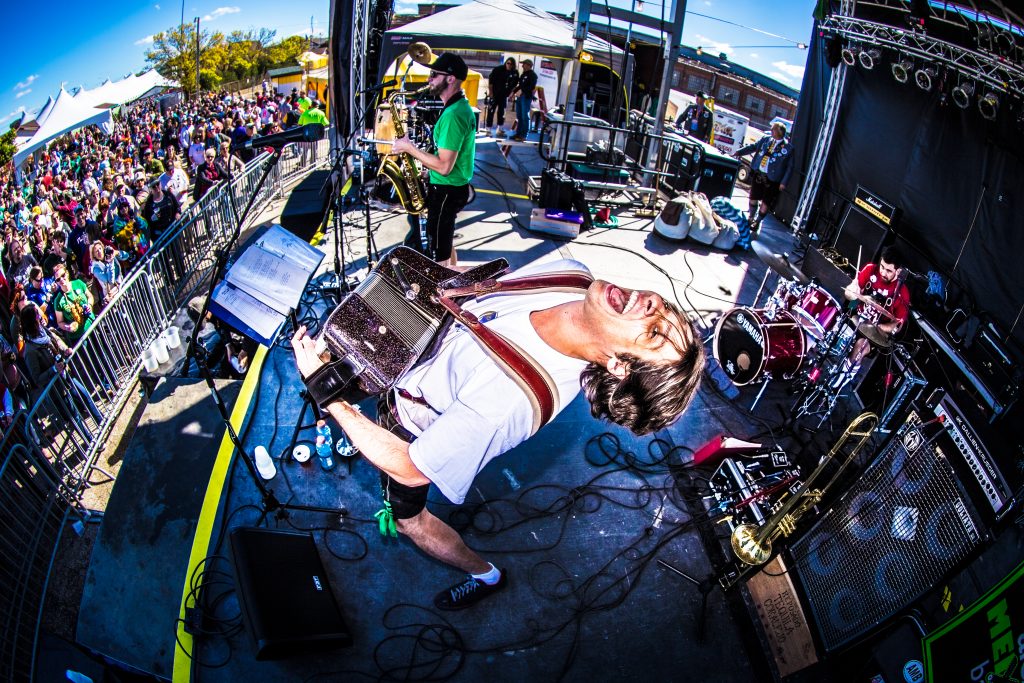 This is proof positive that polka is being reinvented by the next generation.

Alex Meixner absolutely tears up the stage on a nightly basis, putting more enthusiasm into one performance than most people do in 70 years of life

You’ve never heard what he does anywhere else – it’s traditional oompah polka music, but it’s oompah on steroids. It’s oompah like you’ve never heard it before. People drive for miles, all the way from upstate New York, to see him and his band perform.

Alex Meixner’s outreach program for German and music students is a great proponent for German culture and music. His presence, both on and off-stage, commands the interest and attention of his audience and his air of genuine concern for youth is apparent and allows him to quickly develop a great rapport with them. His visit to our school was greatly appreciated by both students and staff.

Alex does not just play the accordion, he puts his complete heart and soul in to the task, and he manages to do things with the accordion that you would think would not be humanly possible, but he does it, and the result is incredible.

Mr. Meixner’s residency here at Sugar Valley Rural Charter School was one of the most positive educational experiences, musically, that I have ever witnessed.

The musical mastery of Alex Meixner is a gift he gives to the listener. Seeing him perform revealed the passion and in-depth spirit he has for his music.

Alex excited the sold out crowd with a variety of tunes both on the Piano Accordion and the Button Box Accordion. His electric style of performing had the audience buzzing with excitement!

The combinations are intoxicating — look elsewhere if you want a dry, academic primer on world polkas

Alex has a way of challenging young people to think about the how’s and why’s of music. His energetic and enthusiastic approach inspires students to reach for higher goals

By the end of the song, your heart is beating fast, and your blood is pumping to capacity.

I have not seen that many people rush a stage in 20 years. It was an honor to have Alex perform at our event. Polkas are alive and well thanks to Alex.

Meixner temporarily transformed the ballroom into a German Fest house, filling the room with traditional polka infused with his own charismatic flair

If the music world had more Alex Meixners, the accordion would not be suffering from an image problem.

If Polka music is to survive and grow again in the USA, Alex Meixner will be the savior

I saw polka future, and its name is Alex Meixner.

Meixner plays bass like James Jamerson and trumpet like Louie Armstrong — are exceeded only by his sheer energy, showmanship, wit and hair-shaking fun.

Watching Alex perform with Max Baca and Los Texmaniacs, I felt I was witnessing an event in music history.

Your band is amazing. Thank you for adding to the fun at our festival and helping celebrate our 25th year!

Mittelstadt Elementary teachers and students say a BIG "Thank You" to Alex Meixner for visiting our school, and providing two wonderful assemblies where he entertained us with his instruments, song and dance, and an education on our German Heritage! Alex was friendly, funny, and personable with our students, and they loved him!

You are the reason I go to Oktoberfest !! The best entertainment out there!

Have you ever seen a commercial for pepperonis, featuring a lederhosen-clad one-man-band on accordion and drums singing to the tune of the Knack’s classic, new wave hit “My Sharona” and wondered, "What’s that guy’s deal?"

Our friends brought us to Germanfest on Sunday especially to hear you play. My wife and I were blown away by your energy and skills. We will be lifetime fans and always look for your group on the schedule. Wow!

Saturday night was the most fun I have had at Germanfest in quite a while. The energy level was out of this world.

Thank YOU! We absolutely loved your show, dancing to your music and enjoying decent, awesome entertainment!!!!!!!!!!!!!! See you next year!

OH, yeah. They loved him and he was a huge draw. The Porchfest team thinks that was one of the largest crowds during the event. "He elevated the quality and prestige of the event." My staff loved having him at the restaurant as well, they all said how much their guests enjoyed the show and how interactive they were. 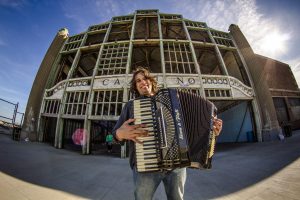 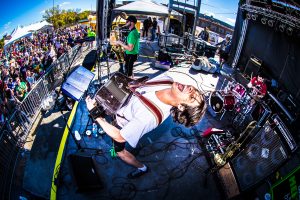 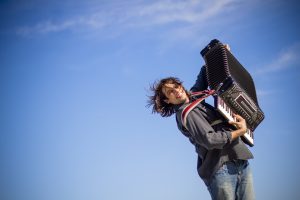 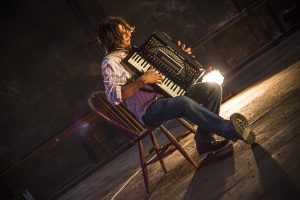