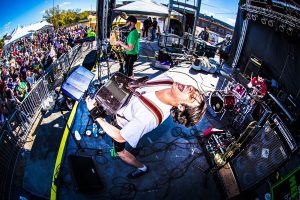 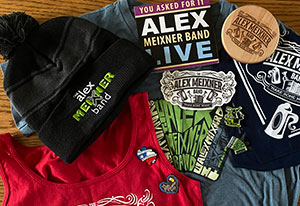 The polka world lost one of its greats on November 26, 2022. For over 60 years, Hank Haller from Cleveland, Ohio had one of the pre-eminent German polka bands in the United States. Recording over 100 albums on his own record label as well as on Delta International, he was a mainstay on the nationally syndicated Polka Varieties tv shows and at clubs, festivals, and special events throughout the eastern and midwest US, in addition to numerous cruises and overseas tours. He hired some of the best musicians to portray his German-style polkas mixed with a Cleveland Slovenian beat and then a heavier Bavarian style before settling into a style heavily influenced by Slavko Avsenik’s Oberkrainer recordings. Along the way, he also performed many Czech and Slovak selections in addition to other nationality styles while still retaining his unique aesthetic. I’m proud of my family’s three-generation friendship and professional association. The last time we visited he recollected playing Barnesville Bavarian Festival with my grandfather and father in his band, and the times I played with his band when I was in college.

It was an honor to know him. This little medley contains some of my favorite tunes from Hank’s recorded repertoire. “Schnapps…” was the lead-off track on his first album “Polkas and Beer”. “Happy Hank’s Polka Band” was Hank’s adaptation of a Polish tune for his “Polka Sound of Hank Haller” album and finally “Lederhosen Polka” was on a 45 and a compilation album in the early 1980s called “Thanks for the Memories”. Hank, I hope there are some schnapps up there for all of us. RIP ol’ buddy. 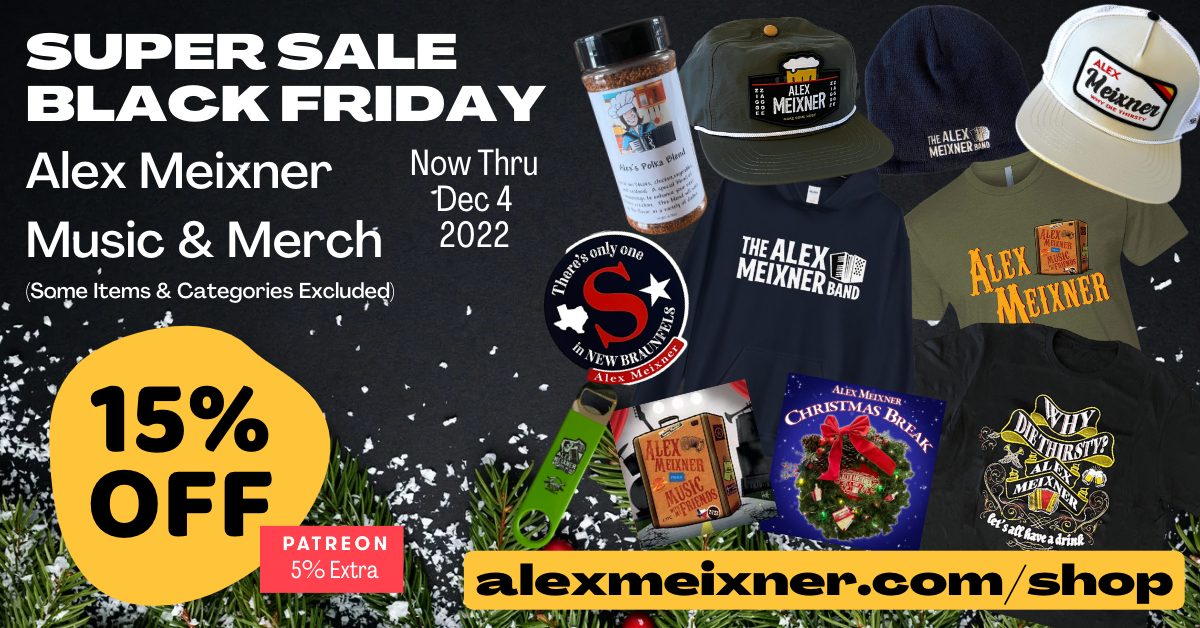 Starting now through December 4, 2022, we’ve discounted nearly every item in the Alex Meixner online store! This year’s 15% off sale includes all the new for twenty-two shirts, hats, pins, and stickers. Plus if you are one of Alex’s Patrons over on Patreon.com, go sign into your account to get your code for an additional 5% off!  Shop now and we’ll get it right out the door!

What are you waiting for? GO SHOP NOW!
https://alexmeixner.com/shop/