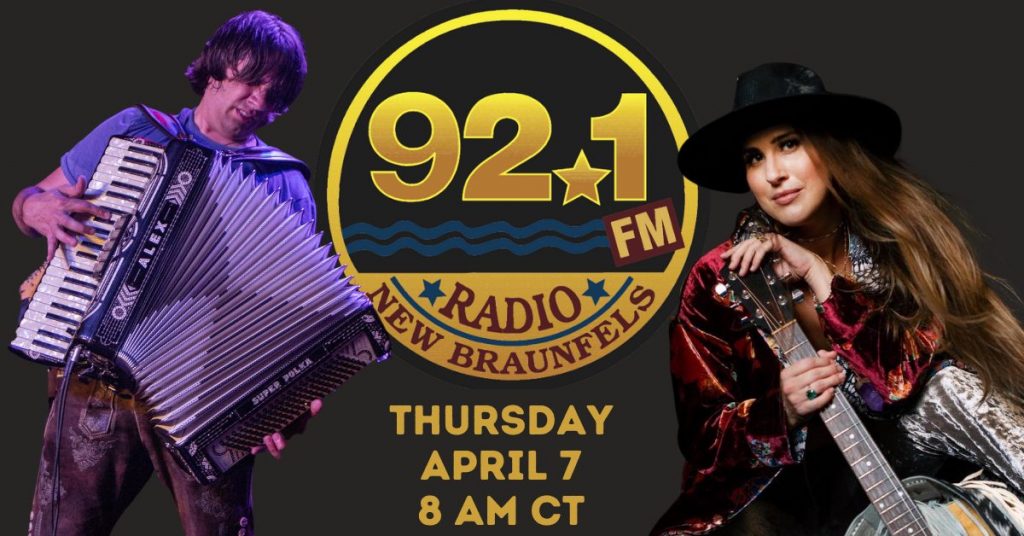 Jade Marie Patek and Alex Meixner will be on 92.1 KNBT-FM with Tom Gillam on Thursday, April 7 at 8 AM CT. They’ll be talking about the Intersections Jam Band show taking place at Krause’s Cafe this coming Sunday, April 10.

This will be the premiere performance of Krause’s Intersections Jam Band featuring David Beck (Tejano Weekend), Matthew Briggs (Zach Walther Band), Brett Cline, Alex Meixner, and Michael Morris (Jason Roberts and Alex Meixner Band) along with special guest Jade Marie Patek! This special musical event features the intersections of Americana, Polka, traditional country, rock, and a whole bunch more with some of the best regional musicians. Original compositions, unique covers, and musical surprises are sure to abound. Special guest Jade Marie Patek is quickly being recognized for her Southern Rock/ Bluesy take on the Americana world. Her grandfather, Joe Patek, had one of the first recording orchestras of Texas Czech polka music. Her performance will pay tribute to her family roots as well as her own unique vocal talent. 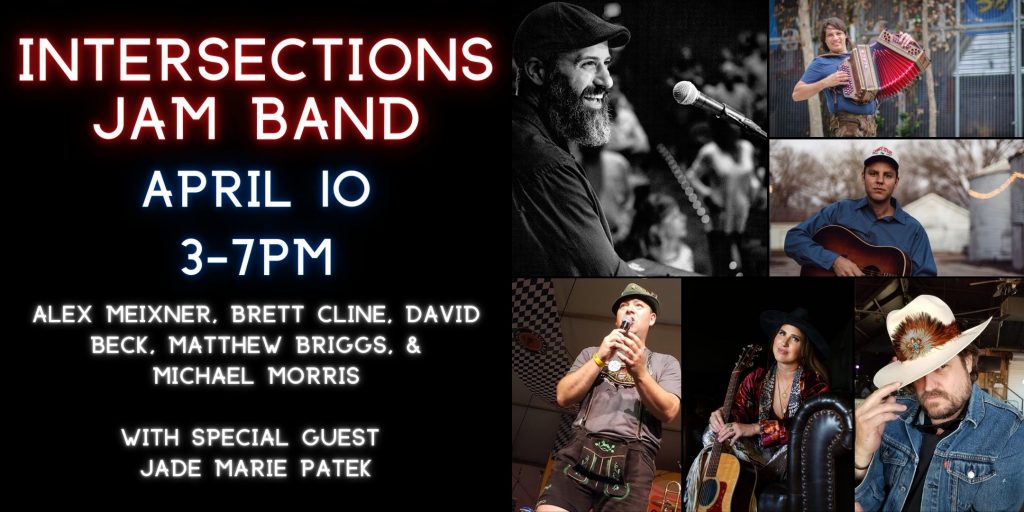