We’ve just finished up the Midwest swing of the Oktoberfest tour– had a great time in Wausau (in the light and in the dark!!!) as well as La Crosse, Wisconsin– where they definitely show everyone how to party! Still can’t believe the Friday afternoon crowd to tap the golden keg!! I greatly look forward to returning with the band to Wisconsin again soon! We’ve been invited back for next year– so we’re hoping the travel schedule can happen… This time of year is continuing to get busier and busier, as evidenced with this week’s schedule… It is so fulfilling to me personally to see the growth in popularity of all of these Oktoberfests and the demand increasing for the shows my band is presenting. Thank you to everyone that is coming out and enjoying the shows!! 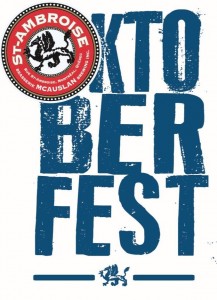 With that in mind– this Thursday will be our premiere performance in Montreal, Québec for the opening night of Oktoberfest at McAuslan Brewery. I’m very excited to finally play a gig in the eastern part of Canada and hope we can finalize some plans for Ontario at some point in the near future! From Montreal, we’re trucking all the way down to play Reading, PA for the Liederkranz’s Oktoberfest on Friday night. This is always a great show that everyone in the band looks forward to– so get there early to get some great food and rock your polka with the Alex Meixner Band!

Saturday is a really busy day as we’re playing in the afternoon at Bear Mountain State Park in NY— a gorgeous setting for an Oktoberfest– perfect for families, dancers and people that love the great assortment of beers and food as well as craft vendors! That night, we get everything in the van and continue the party at Pilsener Haus in Hoboken, NJ. It’s a rocking biergarten show! Chef Thomas has the food prepared to perfection, the bartenders are slinging beers and shots and The Alex Meixner Band will rock the house!

Sunday actually has the band playing a private anniversary party in New Jersey… a rare event during Oktoberfest season, but always welcome in the schedule. This event is a 50th wedding anniversary– which is a pretty rare event too! We’re honored to be part of such a special day for these fans of the band.

Keep an eye on the website schedule for more details– as we hope to see you at one of these Oktoberfests!

Thanks for digging the music!
See y’all soon!
Alex