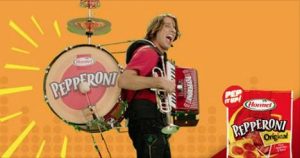 I’ve been home since early December, which is an awesome feeling. I see my kids every day, sleep in my own bed and almost have a regular schedule of waking up and going to sleep. All normal things, that are easy to take for granted until you’re on the road and everything is upside down. Of course, I love my work on the road– experiencing new places and audiences, connecting with friends and fans that I have known my entire life (or at least it feels like it) and playing music. A delicate balance that life has, but I enjoy my work and will do everything I can to spread a happy vibe wherever I go.

That being said– I have a gig on Saturday, January 28 at the German American Club of Cape Coral. The boys and I are looking forward to playing for the “Masken Ball” which has a theme of 1920s fun! Costumes are encouraged, but not required and we will be mixing in some old fox trots and charleston along with the good ol’ German and American dance repertoire. Advance tickets are available and also tickets at the door– so for everyone on the southwest FL coast (or visiting) c’mon down!

In this “down time” from gigs- there is still a crazy amount of stuff going on. Many of y’all have reached out to say they’ve seen the latest Hormel “One Man Pep Band” commercials and most people have been complimentary! I’m really proud and happy to have the association with Hormel and look forward to presenting everyone with some new promotions soon!

And then there’s the movie… In July 2016, I spent 2 days in New York City at Avatar Studios working on a soundtrack for the upcoming movie “The Polka King” starring Jack Black portraying the life of Jan Lewan. It was an immense thrill to meet and work with Jack and I’m ecstatic to say that the film got rave reviews in its premiere at Sundance Film Festival this week. I’m looking forward to its full release nationally and to see how everyone responds.

From there– find something positive to celebrate today and do something to make life in the world you touch… I promise it will make you feel better.