Hi everybody!  After the northeast has been pounded with snow, and here in South Florida we’ve had crazy rains lately– it’s time to get on the road and get people happy!

This Saturday the band heads over to Cape Coral, FL to play a Maskenball at the 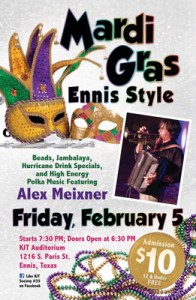 German-American Club. Looking forward to seeing our friends on the west coast of Florida before a quick show at Terra Fermata in Stuart, FL on Sunday. The weather is supposed to be clear and nice- so come out and enjoy an evening outside with The Alex Meixner Band starting at 5pm before a really cool one man blues band- Ben Prestage.

We hit the road further west on Wednesday with a Fasching at the Panama City Beach Hofbrau Haus for our only spring appearance on the panhandle. (I’m not sure if I’ll be able to get out there in the summer either, this year– so make plans to catch the one night party!!!) 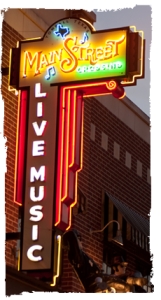 We’ll be doing a lot of recording on this trip…reportedly we have some video being shot in Tomball at our intimate show at Mainstreet Crossing. The Mardi Gras Party at the KJT in Ennis will be a great precursor to the cruise as I have a good feeling some of the Mikulas will be there (i.e.- I expect them to bring some instruments and jam… not to pressure them at all.) Saturday night we’ll be in Houston at the Liederkranz Hall for a dance with The Sauer Kraut Food Truck stopping by. Then- we have the taping for the Texas Dance Hall documentary in Round Top and an awesome Super Bowl party, complete with an Alex Meixner Band performance. Finally on Tuesday, February 9 we have the annual Fat Tuesday show at the Brauntex— and 1st time ever- live recording for CD and DVD.  There are only a handful of tickets available- so go to the site and get them. Now! For out-of-towners, there’s a special deal on rooms at Schlitterbahn- that also includes a meet and greet on Monday night.

Finally– there’s only 2 days left for VIP status on the Polkafest at Sea cruise… Of course, you have time to just buy regular cabins– but for the special deal get in touch with Bob Landreth before Sunday! 432-689-3500 Email: rlandreth638@gmail.com