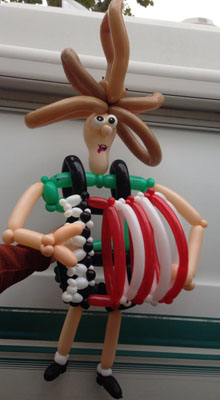 Hope everyone had a great holiday season and that the new year has gotten off to a good, albeit, cold start! Even here in South Florida, we had a few days that didn’t even reach 60 degrees! (I should probably duck from the firing squads headed my way from the north!)

I’ve been taking some extra time here to practice and arrange some new music, in between running around with the kiddos and trying to organize all the business stuff associated with my music making.

Some of the 2014 gigs have started being announced- so check out the site at www.alexmeixner.com with the updated schedule. More will be announced soon- so keep checking it out! I’m really excited about the way the schedule is shaping – with a lot of fun return visits and some really awesome new venues…  The first band show for the new year will be in New Braunfels, TX at the Brauntex Theatre on Fat Tuesday. March 4. Last year’s show was a blast at this amazing venue and I’m looking forward to showcasing a lot of cool music in a wonderful, intimate venue. There are some tickets left, but definitely pick them up asap!

Something, you don’t have to worry about getting tickets for is the tv show, “Moonshiners” on the Discovery channel. Being that I don’t get the opportunity to watch tv too often, (except at home where the kids commandeer most of the viewing!)- I wasn’t too aware of the show when my old college friend, Ben Zebelman from octave Music in NYC contacted me… But, this season, you might notice some accordions playing on the background sound track… I hope to have the opportunity to do more of this work in the near future. It was a real blast working with Ben in the studio and being part of this project. Hope y’all enjoy the show and soundtrack…

I’m looking forward to getting back on the road soon—sharing some new music with y’all live and hopefully some new recording soon too!!!

Thanks for digging the sounds.