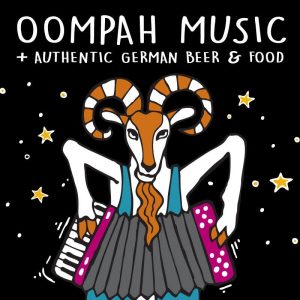 Brewmaster Brian O’Reilly and his crew produce a mouthwatering lineup of bock beers including Slacker Bock, Helles Bock, Instigator Doppelbock, two Eisbocks and a Maibock. The day marks the release of the Maibock which is tapped immediately after the goat race and named in honor of the winning goat.

A wide open, grassy field neighboring the 30,000 square-foot brewery is the annual site for the running of the ruminants and festival fun. Live German Oompah music plays from a stage, and there is even coverage of the Goat Races on a jumbotron. Afterward, some of the goats and their owners mingle with the crowd, delighting the many children in attendance with their families. It’s an amazing day at the brewery!